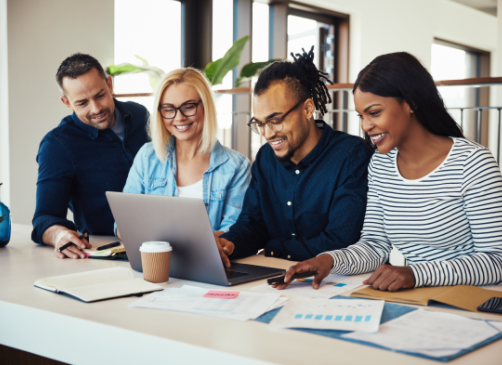 George Floyd’s death on May 25, 2020, sparked protests across the United States and around the world. These events increased awareness of the Black Lives Matter (BLM) movement. At the same time, the COVID-19 pandemic has exposed disparities in access to health care and worse health outcomes for Black and Hispanic populations in the United States.

Dr. Felicia Snead, medical director at the University of Pittsburgh Medical Center (UPMC) St. Clair Cancer Center and clinical assistant professor in the University of Pittsburgh School of Medicine’s Department of Radiation Oncology, spoke frankly about her journey to becoming a radiation oncologist. She referenced “I Can’t Breathe,” an article published in the Red Journal in July 2020, which candidly explores the underrepresentation of African-American physicians in radiation oncology:

“The Black Lives Matter movement has added a lot of context and has been very effective at defining and identifying things that Black people in the U.S. have experienced for a long time

but weren’t able to quite articulate,” she said.

Dr. Snead is an accomplished radiation oncologist, but she has faced challenges, which started from the time she decided she wanted to go to college. Although she didn’t know until later that she wanted to be a physician, she and her high school peers—specifically, other young women of color who wanted to pursue medicine or law—were actively discouraged. They were advised to pick career choices “where the likelihood was high for us to be successful and earn a living. To the girls who wanted to be lawyers, they said, ‘That’s really ambitious. I think you should really consider being a paralegal instead,’ and to the girls who wanted to be physicians, it was, ‘Medicine is great, but that’s going to be really difficult and tough. I bet you would make the best nurse.’”

In high school Dr. Snead wanted to be practical—to find a job and support herself. She learned about Memorial Sloan Kettering’s radiation oncology technology program. She completed the program and earned an associate’s degree. “I fell in love with the field and wanted to advance my career further. Once I decided to go to medical school, I was set on being a radiation oncologist,” she said. Her college advisor encouraged her to apply to dental school or podiatry school instead. She didn’t, and she was accepted by every medical school she applied to.

During her residency, she again encountered discouragement. She was told she wouldn’t pass her boards and wouldn’t find a job. “None of those things panned out,” she said. “I passed my board exams on my first attempt, got a job straight away, and here I am 17 years later talking about it.”

She went into academia with the goal of becoming a full professor. Typically, in academic medicine, there are mentors, sponsors and advisors, and each one plays a different

role in one’s career development. “Early on in my career, I lacked strong mentorship. I was grateful to have some advisors, advocates and supporters, but I lacked traditional mentorship.

I really had to cobble together sources to get information and assistance to build up my career in a piecemeal fashion,” she said. “I had to ask for everything. The pathway to resources or opportunities for career development were never given or offered. I had to advocate for myself, more so than my White male counterparts with mentors working with them directly on career goals, for sure.”

She’s not actively mentoring right now because her lack of conventional mentorship experience didn’t prepare her to mentor others. “As an African-American in radiation oncology, I have struggled for such a long time. To actively encourage someone to continue doing that fight is hard without effective tools,” she said. Instead, she has volunteered to support the ASTRO Minority Summer Fellowship Award program. She also participates as a diversity facilitator for University of Pittsburgh medical students to introduce them to the field of radiation oncology and to be a sounding board. There’s a lot of support and momentum where she practices at the University of Pittsburgh to try to change the culture of systemic bias and to bring broader awareness to the issue.

Dr. Snead’s nomination for ASTRO Fellow designation was accepted this year based on her many years of active volunteer service, and she’s a part of the 2020 ASTRO Fellow class. “It’s an accomplishment, and it’s acknowledgement of all my years of hard work being an advocate for my patients and other physicians of color. There are not enough African-Americans given

that designation of honor for what they have contributed to the field, so that’s something else in and of itself,” she said.

Her advice for administrators is this: acknowledge there’s an issue regarding racial bias, diagnose it, educate yourselves and others and create policy changes to address it. “The fact that I’m African-American is not the problem, so it’s unfair, inefficient and disingenuous to ask me for the solution when I’m not the problem,” she said. “When a sick person comes to me with cancer, it’s not their responsibility to tell me what regimen I should use to treat them.”

Without plans to ensure retention, hiring more people isn’t necessarily the answer, she explained. What’s also needed are training staff on implicit bias and removing barriers to educational development and career advancement. Serving on diversity and inclusion committees, which Dr. Snead does, takes time and effort. “I’m a physician, I’m not interested in being a diversity and inclusion specialist. I really want to treat patients. So it derails me from my career track, and it is an effective ‘minority tax.’ I’m spending extra time on this diversity and inclusion track instead of writing papers, opening protocols and building up my résumé so I can get my full professor rank,” she said.

Administrators can support education and training of all staff and faculty that will benefit patients as well. “With training and education you can learn to identify implicit bias, correct

behavior, acknowledge ‘Maybe that wasn’t just quite the right thing to say or the best approach,’ and not make assumptions that what everybody wants is the same thing that you want,”

she said.  Everyone—from the front desk person, to managers, to the VP—can benefit from training.

“Everybody gets cancer. Black, White, Asian, otherwise, Gay, straight. If your goal is quality of care and making sure your patient has the best outcome, you need to be able to approach them and at least be able to communicate effectively to find out their needs,” she said. “Even the person working at the front desk can make a difference in whether a patient receives the proper

care and the provider has opportunity to give care.”

We want to hear from you!

Do you offer diversity education and training?

Tackling Diversity and Inclusion in Radiation Oncology Through A Broader Lens

Understanding Your Role in Cultivating Inclusive Excellence, Diversity, and Equity in Radiation Oncology and Beyond